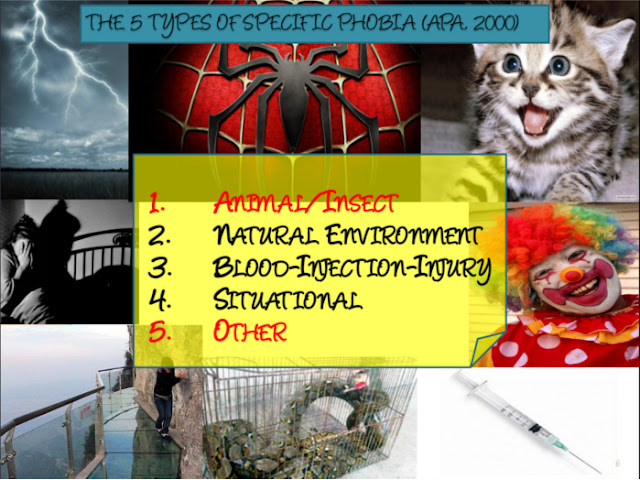 “The Big Mistake is when you are continuously labelling to the child and to the person with unempowered words and with not carefully.”

I’m going to share “A Brief Story About Phobia.” This issue adopted from my Thesis (2015). “The Cause of Specific Phobia Types Zoophobia and Dipsophobia (A Case Study in The State of Banjarmasin)”. Its variables are The Root Cause, Risk Factors, The Dynamics Symptoms, and The Person’s Coping Strategy.

This video we're digging on those risk factors, the dynamics symptom. Feel free to watch my video or my transcript. Note: Choose 360p minimum for best quality watching.

Before you are going to look video Transcript, watch video above for easily understanding.


Title: A BRIEF STORY ABOUT PHOBIA


Nice to meet you! Long time no see.I’m going to share “A Brief Story About Phobia.” This issue adopted from my Thesis (2015). “The Cause of Specific Phobia Types Zoophobia and Dipsophobia (A Case Study in The State of Banjarmasin)”.


Many people equate and many others distinguish between the fear, anxiety, and, phobia. Alike according to Rais’ theory (2012) and Strongman’s theory (2003). Because this context for understanding phobia, then now, I (2015) equate the fear and the anxiety. Or, They are same.

Phobia is a mind/emotion problem such as feeling fear or feeling anxious. Second, that symptom is excessive/unfair to an object(s)/a situation(s). Third, the person recognizes the symptom is excessive/unfair. Fourth, the effects interfere the person’s life functions such as routinity, social, work, or education. Fifth, the clinical validity of observation, interview, and classification. Sixth, etc. Because, each types is different definition for them who have phobia (Davison et.al, 2006; Depdiknas, 2015; Durand & Barlow, 2006).


Actually phobia can be said to be more than thousands, but academically there are three types of phobia, as well as its subtypes. The three types are specific, social, and agora. For the specific have five types, the social have three types, and the agora have five types. My research focused on specific phobia. Therefore, for social phobia and agoraphobia, I am going to give briefly now.

The social phobia symptom is about social interactions, being observed, or performing in front of others. Then, the agoraphobia symptom is about using public transportation, being in open spaces, being in enclosed spaces, standing in line or being in a crowd, or being outside of the home alone (APA, 2005). Finally, the specific phobia (APA, 2000) is about animal or insect, natural environment, blood-injection-injury, situational, and other.


QZ is a female. She is twenty seven years old. She has married. Her job is a teacher. She has a zoophobia especially lizard. And she has fear to the lizard since eleven years old or elementary school. The Symptoms have appear in certain conditions such as screaming, restlessness, fast run, shortness of breath, cold, etc.

XT is a Male. He is twenty four years old. He is single. His job is a businessman. He has a dipsophobia especially milk drink and milk food. And He has anxious to the milk entity since eleven years old or junior high school. The Symptoms have appear in certain conditions such as considers a poision, restlessness, fast run, considers a monster with have hands, cry, lose consciousness, etc.


“The Big Mistake is when you are continuously labelling to the child and to the person with unempowered words and with not carefully.”

You can visit our University site for Full Text of my Thesis (2015):
http://idr.uin-antasari.ac.id/3439/ (Indonesian Language).